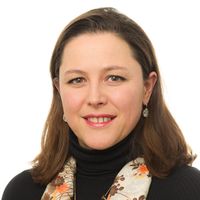 There is always an air of disbelief and surprise when I tell people how little of the UK territory is actually covered by fibre optic (less than 10%) and this is why I feel passionate about working in the telecom infrastructure finance world. There is still so much to do for the benefit of all.

Until recently the government’s aim was to achieve full fibre by 2033, but the new administration led by Boris Johnson have set a new ambitious target of 2025. A reply from the industry leaders a few days after such announcement made it clear that it is not just investment that will be required by quite drastic regulatory changes (including for examples changing planning laws). It cannot be expected, in the current conditions, that the private sector, even if backed by a growing investment appetite, will be able to achieve this target. There are many reasons for this developed in previous pieces. And so governmental and regulatory interventions and changes will be required.

There are many tools available to governments and regulators to stimulate investments and actions and we have seen in other European countries various methods used to stimulate the building of the fibre optic network. In this context the annoucement during the Conservative Party's Conference of £5bn of subsidies (an interesting choice of method in itself) and now in the Queen's Speech this week of a Telecommunications Infrastructure (Leasehold Property) Bill.

The proposal for subsidies addresses one of the issues which is that when it comes to less densely populated areas the business model does not work, in other words the capital expenses required to deploy the physical network will not be met by the expected returns. There was not much detail as to how the £5bn will be allocated and what conditions will apply and so ultimately which companies will benefit from this injection

There is not much detail either in relation to the telecom infrastructure law.  The title of the new proposed law refers to leasehold property and the government is reported to have explained that all new building will need infrastructure that supports gigabit connections. It is unclear how this will be facilitated and what will happen in relation to other buildings.

And so we are keeping close to the pulse.

In the wider context what this is really about is for the UK to remain competitive in an increasingly digital world, where all sectors (even the most analogue of sectors like agriculture – recalling the Connected Cows presented at the latest Mobile World Congress as part of the 5G rural project run by DCMS) are becoming increasingly dependent on digital data flows. The copper network is insufficient to carry such amount of data in terms of volume, speed and low latency. This is where fibre comes in but also other technologies like millimetre waves devices. These will be the utilities network that carry the data we require to meet modern demands for data. There is clearly a societal need and this makes political sense.

The recent pouring in of investments in the sector means there is a strong appetite for these new assets. The private sector has also shown flexibility by adopting hybrid structures trying to bridge traditional corporate finance structures and traditional project finance structures to meet the demands a various types of investors and increase the pool available. But to achieve the speed of the build that the government is wishing for much more is needed and it will be interesting to see if the government or OFCOM will also decide to proceed with certain changes suggested by industry leaders a few weeks ago now.

To ensure that the benefits of a prospering economy reach every corner of the United Kingdom, my Ministers will bring forward a National Infrastructure Strategy. This will set out a long-term vision to improve the nation’s digital, transport and energy infrastructure. New legislation will help accelerate the delivery of fast, reliable and secure broadband networks to millions of homes.

The rise and rise of the telecoms infraco
Anne Chitan