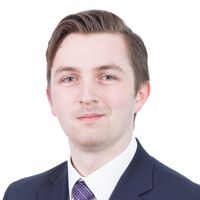 Sponsorship is nothing new in the world of esports - according to Newzoo’s Global Esports Market report, nearly 9/10ths of the industry's revenue in 2019 will come from sponsorship, media rights or advertising. Even non-endemic sponsorship is not a particularly radical step at this stage; energy drinks such as Monster have long been associated with the video game industry, and 2018 saw brands like Samsung, PayPal and Mastercard partner with esports events.

But the partnership between fashion house Louis Vuitton and League of Legends  developer Riot Games could be a landmark moment in demonstrating the maturity of the esports industry, and its appeal to broad swathes of non-endemic sponsors across a number of other industries.

LV is partnering with Riot to create a bespoke trunk to house the Summoner's Cup, the prize awarded at the League World Championships, which take place this November. The trunk will combine traditional Louis Vuitton design with more modern elements inspired by the game. There are also plans to produce premium "skins" for playable champions and further digital assets down the line.

This, of course, represents a huge step for Riot and the esports market generally. Considering that esports has only been in the public eye for the best part of a decade, the growth of its sponsorship base is already impressive. However, the addition of a "luxury" brand like Louis Vuitton adds an air of prestige to the industry by its association; consider than when League launched in 2009, Louis Vuitton already had a history stretching back 155 years. LV has previously made cases for the FA Cup, the World Cup and the Australian Open; associating with such brands can surely only lead to greater exposure of the industry to a more global audience and solidify its reputation.

But Louis Vuitton certainly stands to gain from such an association as well. Eight million people play League concurrently on a daily basis. Last year, nearly 100 million people tuned in to watch the finals of the World Championships. On its own, this is a massive potential consumer base with disposable income, whose potential is only just being realised by large-scale non-endemic brands. But most importantly for Louis Vuitton, the industry has not yet tapped into sponsorship from luxury or designer brands. If Louis Vuitton can capitalise on this gap in the market, it's not inconcieveable they could establish themselves as the luxury brand associated with esports.

All this does rely on exactly how Louis Vuitton aim to activate in this particular market though. It's no secret that fans of esports are quick to sniff out a lack of "authenticity" in such partnerships and some non-endemics look to enter the esports space without taking the time to fully understand the nature of the industry. Equally, Louis Vuitton have hitched themselves firmly to League in this endeavour, but no one game stays at the top forever - just take a look at Starcraft. Investment such as this will need to be carefully managed in order to guarantee any success.

But even with all these hardships, Louis Vuitton moving into the esports space is an event worth marking. The movement of the first non-endemic brands into partnerships was a clear indication that the market is here to stay and grow - the entry of its first luxury brand demonstrates that growth is likely to continue.

"This is a historic partnership that speaks to the impact Riot Games and League of Legends has had on the industry over the past nine esports seasons." 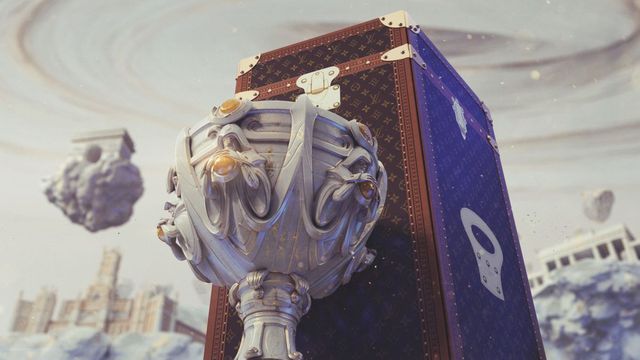 🎮 Luxury clothing is going to make its way into video games thanks to a collaboration between Louis Vuitton and Riot Games pic.twitter.com/vvNQEC7WEb

First of its kind. #LouisVuitton has partnered with @riotgames and @lolesports for the @LeagueOfLegends World Championship. A bespoke trunk will protect the Summoner's Cup, the prize for the most prestigious esports event. See more at https://t.co/sUeDpQ8Uvd#LVxLol #Worlds2019 pic.twitter.com/JXkAjUgjLM